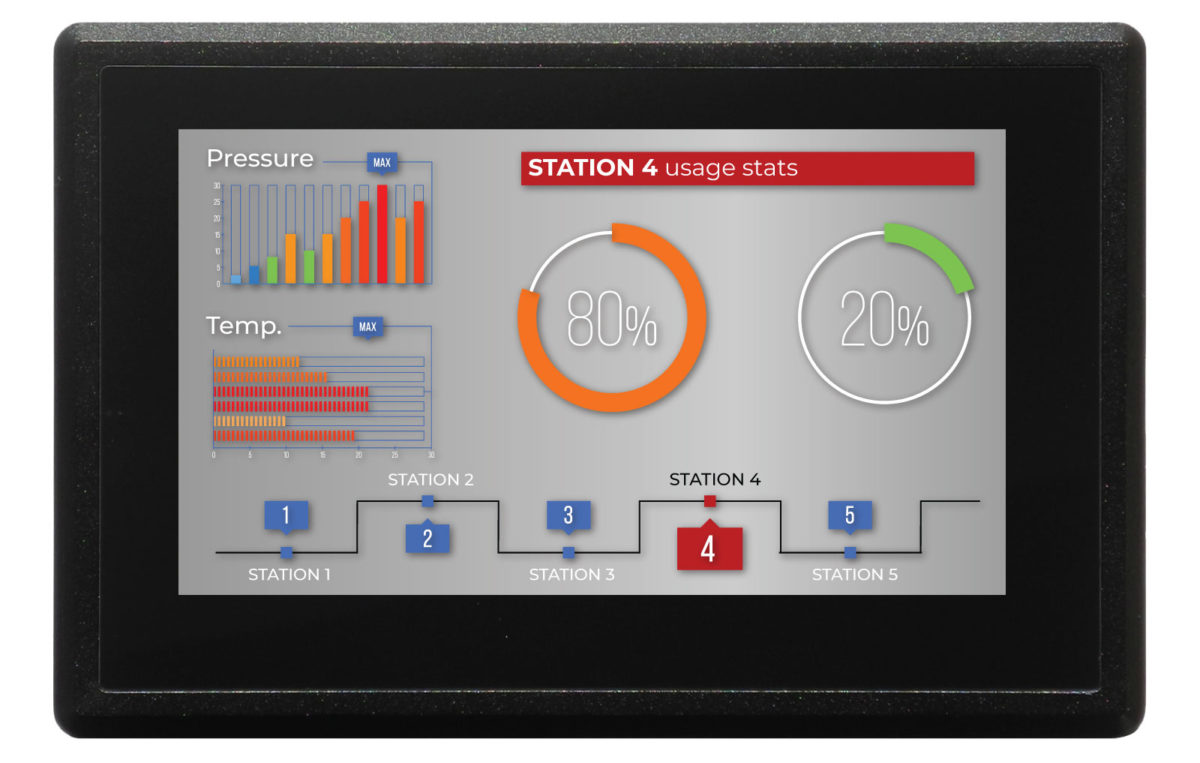 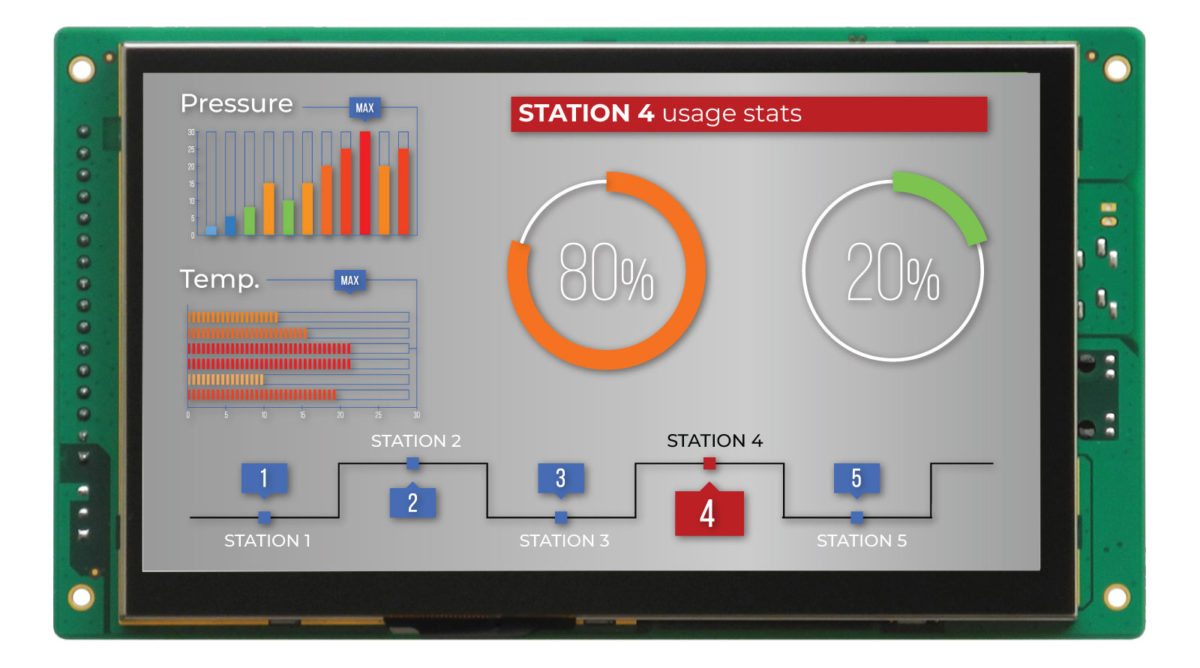 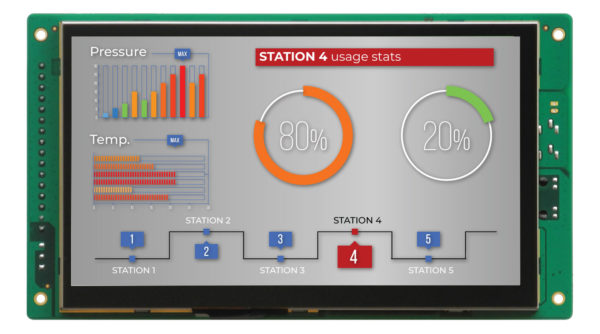 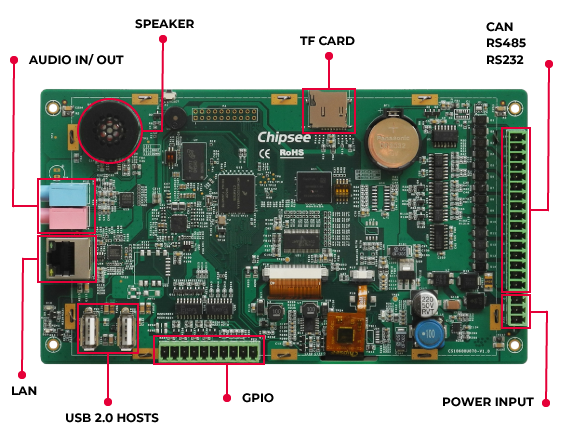 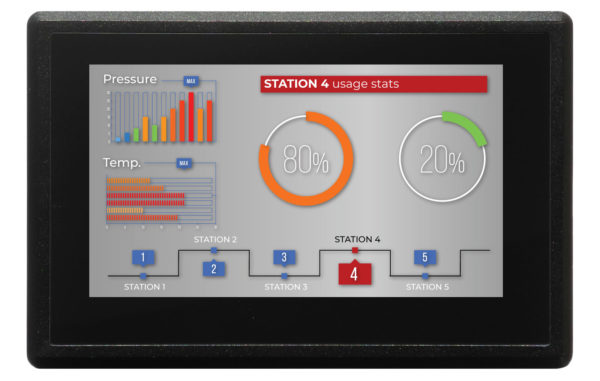 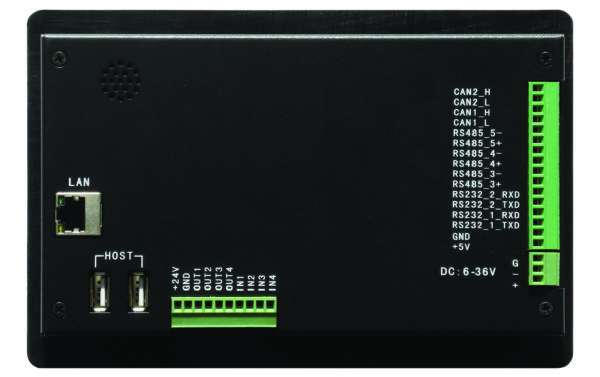 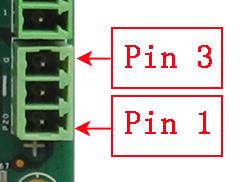 The system ground “G” has been connected to power negative “-” on board. 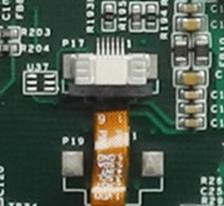 Capacitive touch screens are very sensitive to power noise. Ripple voltage/current from the power adapter will cause the LCD ripples, and will also cause the capacitive touch malfunction: If you use the APK Multi-Touch under Android to test, you can find the touch point float. There are several ways to solve this problem:

1)  Use a high quality power adapter. Or use a battery to provide the power like to a cell phone or tablet PC.

2)  If the user power adapter isn’t good enough, there’s another effective method to solve this problem: Make sure the CS12800F101P-C111 power input connector Pin 3 is connected to user “Power System Ground”. This method can eliminate the problem totally. The user can also use another method to test this problem: touch the GND of CS12800F101P-C111 by one hand, while the other hand operates on the capacitive touch screen. In this case, the user’s body acts as the Power System Ground.

The CAN+RS485+RS232 connector is a 16 Pin 3.81mm Screw Terminal Connector, as Figure 7 shows. As for the definition of every pin, please refer to Table 2. 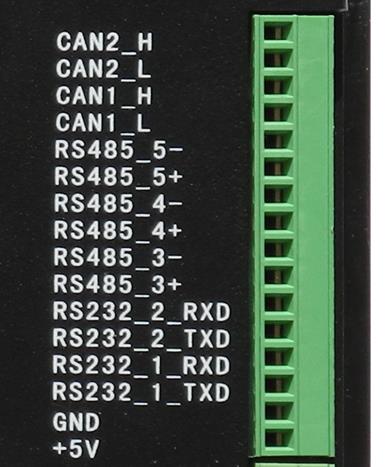 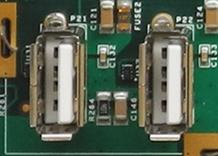 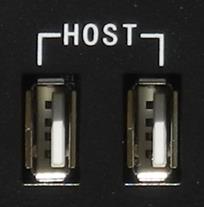 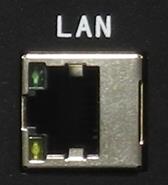 The TF card slot is NOT mounted with any TF card by default. WiFi/BT module is optional, the module is NOT mounted by default.

The GPIO connector is a 10 Pin 3.81mm Screw Terminal Connector, as Figure 14 shows. As for the definition of every pin, please refer to Table 3. 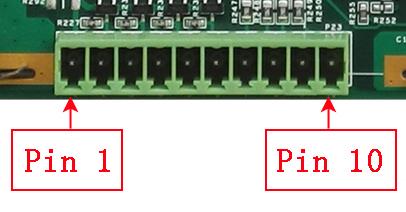 The GPIO has been Opto-Isolated. If you try to use the GPIO, you should provide isolated power input. The Power Input range is 5~24V DC. The output high Level is your Power Positive input, Low Level is your Ground Input. And the Output can drive 500mA current every Channel at most. This voltage and current are enough for most Relay.

The product CS10600U070E can be mounted using the 4 screw holes on the PCB .Please make sure the display is not exposed to high pressure when mounting into an enclosure.

The product CS10600U070P can be mounted using the mounting set, as Figure 15 shows. Please make sure the display is not exposed to high pressure when mounting into an enclosure. 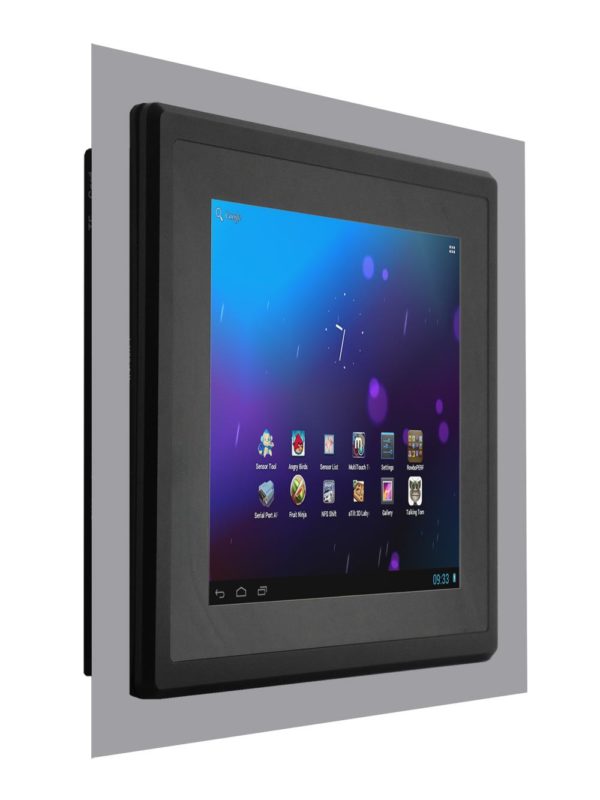 这篇文章对您有用吗？ 是 1 否 1
We use cookies to ensure that we give you the best experience on our website. If you continue to use this site we will assume that you are happy with it. For more information please refer to our privacy policy. Ok
返回顶部